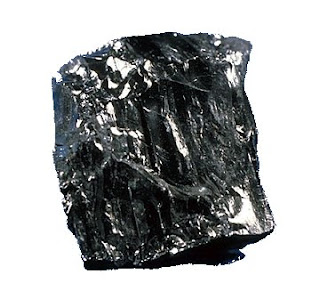 Coal
Coal is a fossil fuel formed in ecosystems where plant remains were preserved by water and mud from oxidization and biodegradation, thus sequestering atmospheric carbon. Coal is a readily combustible black or brownish-black rock. It is a sedimentary rock, but the harder forms, such as anthracite coal, can be regarded as metamorphic rock because of later exposure to elevated temperature and pressure. It is composed primarily of carbon and hydrogen along with small quantities of other elements, notably sulfur. Coal is extracted from the ground by coal mining, either underground mining or open pit mining (surface mining).
Coal is the largest source of fuel for the generation of electricity world-wide, as well as the largest world-wide source of carbon dioxide emissions. Carbon dioxide is a greenhouse gas and these emissions contribute to climate change and global warming.] In terms of carbon dioxide emissions, coal is slightly ahead of petroleum and about double that of natural gas.Types of coalAs geological processes apply pressure to dead biotic matter over time, under suitable conditions it is transformed successively into
Posted by Aama la at 10:10 AM