Coal as a traded commodity

Coal as a traded commodity 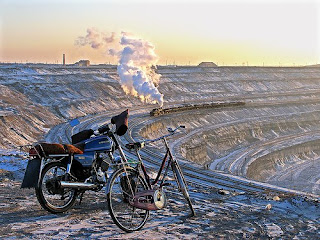 The price of coal has gone up from around $30 per short ton in 2000 to around $123.50 per short ton as of June 25th, 2008.
In North America, a Central Appalachian coal futures contract is currently traded on the New York Mercantile Exchange (trading symbol QL). The trading unit is 1,550 short tons per contract, and is quoted in U.S. dollars and cents per ton. Since coal is the principal fuel for generating electricity in the United States, the futures contract provides coal producers and the electric power industry an important tool for hedging and risk management.
In addition to the NYMEX contract, the IntercontinentalExchange (ICE) has European (Rotterdam) and South African (Richards Bay) coal futures available for trading. The trading unit for these contracts is 5,000 metric tons, and are also quoted in U.S. dollars and cents per ton.
Cultural usageCoal is the official state mineral of Kentucky and the official state rock of Utah. Both U.S. states have a historic link to coal mining.
Some cultures uphold that children who misbehave will receive coal from Santa Claus for Christmas in their stockings instead of presents.
It is also customary and lucky in Scotland to give coal as a gift on New Year's Day. It happens as part of First-Footing and represents warmth for the year to come.
Environmental effects
There are a number of adverse environmental effects of coal mining and burning, specially in power stations.
These effects include:
Posted by Aama la at 6:46 PM